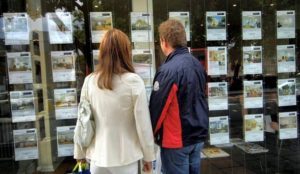 AIB has reacted to the formation of a new Government by cutting its variable mortgage rate for new and existing customers.

The State-owned banking group said its rate will come down by 0.25pc from the start of July.

However, the group said the new lower variable rates only apply to AIB customers, and there has been no reduction announced for EBS and Haven mortgage holders.

AIB is also said it is now offering a new €2,000 contribution towards the professional fees for customers who switch to it.

The latest cut in its variable rate will see reduced to 3.40pc for residential customers, both new and existing ones.

Some 76,000 mortgage account holders will benefit from the new lower variable rate when it comes down in July, the bank said.

This is the fourth time AIB variable rates have come down in the last 18 months.

The new Enda Kenny-led Government has made reducing variable rates a key priority. Other banks will now be forced to react to the rate cut.