Is the Tenant or Landlord responsible for mould appearing in your rental property?

Home » Is the Tenant or Landlord responsible for mould appearing in your rental property?

So the simple answer is that it depends on the mould as in what is causing the mould.  If it is due to the structural or is it being caused by the lifestyle or activity of the tenant causing the conditions for mould to thrive.

Mould is a type of fungus that grows in damp humid environments.

There are many types of mould, in a building it is not uncommon to see Aspergillus, Cladosporium and Stachybotrys chartarum (black mould). These types of mould appear on walls, ceilings, and other surfaces and can spread if not treated properly.

Mould appears for multiple reasons, water leaks, level of humidity, poor ventilation, it can even be carried inside on your person.

The amount of water on or in materials is the most important trigger of growth of microorganisms (fungi, actinomycetes and other bacteria). Microbes propagate quickly wherever water is available. The dust and dirt present in a home contains enough nutrients to support the growth of these microbes. 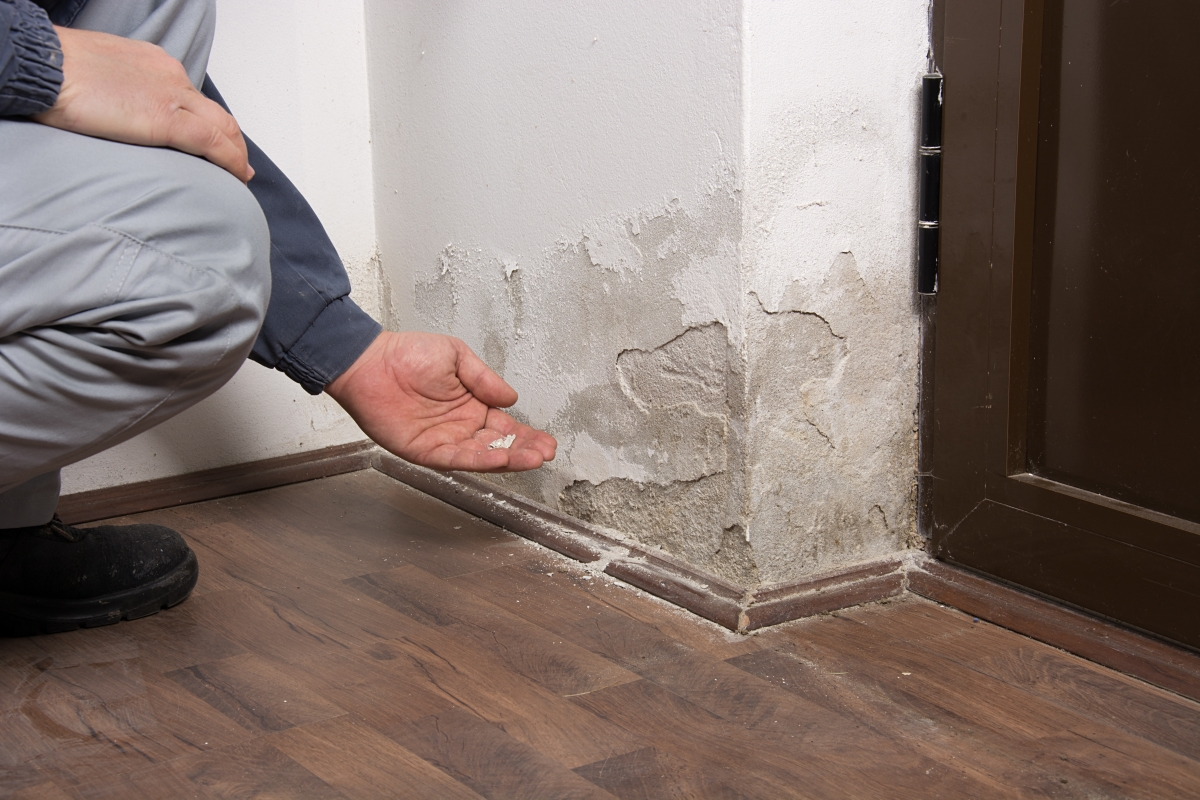 What are the three main types of damp in a home?

Rising damp:  is the process of water rising up into a building from the ground through the brick and mortar. Houses are expected to have a layer of waterproof material called a ‘damp proof’ which prevents rising damp. This kind of damp if not prevented or treated quickly can become troublesome to get rid of.

Is the process of water rising up into a building from the ground the brick and mortar. It is caused by the presence of groundwater , which can be drawn up into the walls through capillary action. This type of damp is found in particular in buildings that are in close contact with the ground and those with inadequate damp proofing. Rising damp can cause damage to the structure of the building and can also create a conducive environment for the growth of mould and other harmful organisms. To prevent rising damp, it is important to install an effective damp proof course and to properly maintain and waterproof the building

Penetrating damp: is a type of moisture that seeps into a building from the outside causing mould growth in surfaces. It can be caused by a variety of factors,such as poor building design, inadequate weatherproofing or a lack of maintenance. It is physically characterised by the presence of damp patches on walls and ceilings, and can cause damage to the structure of the building if left untreated. These leaks generally come from broken roof tiles, blocked gutters and faulty plumbing and is an indication of structural issues. To prevent penetrating damp it is important to identify the underlying cause, as well as to properly maintain and weatherproof the building.

Condensation: this is caused by water moisture from inside the dwelling coming into contact with a colder surface such as a window or wall. The water droplets may soak into the wallpaper / paint work / plaster work and cause mould to grow. Condensation also occurs in areas of poor ventilation caused by poor ventilation and faulty heating systems as well as the tenants habits.  Showers give off a lot of steam and if there is no extractor fan then the window must be opened up to allow moisture / steam to vent.

You can prevent condensation by opening windows to allow for ventilation, using extractor fans when cooking, not drying clothes indoors.

Tenants have a responsibility to alert their landlord if they notice signs of mould growth so the problem can be addressed.  Failure to report an issue could cause damage to the wall or window frames and it could be argued that this would be a deductible from your deposit.

When is mould the landlord’s responsibility?

Legally, rising damp and penetrative damp caused by structural leakage is the landlord’s responsibility to fix. The landlord may not with-hold your deposit because of mould / damp caused by these issues.

For each apartment, house or flat being rented, the landlord must ensure the property is in a state of proper repair and is free of damp. Regulations state that roofs, roofing tiles, slates. windows, floors, ceilings, walls, stairs, skirting boards, fascia, tiles on any floor, ceiling  and wall, gutters, down pipes, fittings, furnishings, gardens and common areas are maintained to a good condition to prevent damp.

Landlords must ensure that their properties are properly maintained and that any potential causes of damp or condensation are addressed. This can include repairing or replacing faulty / damaged damp proof courses and drainage systems, maintaining gutters and downpipes, and ensuring there is adequate ventilation and heating in the property.

I have seen where tenants have blocked up a vent in order to make the property warmer but this has an unintended consequence of poor ventilation which is directly related to mould forming,

One of the most important things you can do to prevent mould growth is to ensure that your property is properly maintained. This means regularly inspecting for signs of damp or condensation and addressing any potential causes of these problems, such as faulty or damaged damp-proof courses and drainage systems or leaks in plumbing or roofing.  There is special paint that one can apply to mitigate mould but ventilation is always the best strategy.

Ensuring the property has proper ventilation and heating will help prevent condensation. This can include installing an extractor fan in bathrooms and kitchens and making sure windows can be opened to allow ventilation.

If you do find mould in your home it is important to deal with it quickly and thoroughly. This means removing the mould and disinfecting the affected area as well as taking preventative measures to the mould returning by finding the cause of the mould.

When is mould the tenant’s responsibility?

Part of being a good responsible tenant and respecting the rules of your lease include keeping the property clean and within good order. This includes mould and damp caused by the tenants lifestyle and habits such as showing with no ventilation and cooking / boiling food over long periods. Mould will only grow when given the right conditions. These conditions are moist poorly ventilated rooms.  Habits that can lead to damp and mould include:

If a property was free from mould at the start of the tenancy, but appeared during the tenancy due to a lack of preventative measure by the tenant, then the tenant could be held responsible and a claim against their tenancy deposit could be made.

There is an obligation on you as a tenant to notify your landlord of any signs of damp / mould and to allow your landlord or an agent working on their behalf to make the necessary repairs.

As a tenant, you have a responsibility to help prevent mould growth in your rental accommodation, and to notify your landlord of signs of mould.

You should also be aware of the common signs of mould growth, such as black or green patches on walls or ceilings, musty or mouldy smells. If you notice any of these signs, you should notify your landlord immediately, so that they can take steps to deal with the problem.

In addition to preventing mould growth you also have a responsibility to help maintain the property in a clean and tidy condition, which will aid in ventilation.

The effects of mould on a building’s materials and inhabitants’ health can be significant. Mould can damage walls, ceilings andi window frames, as well as weaken the structure of a building. The presence of mould is also known to have adverse effects on human health. The presence of many harmful biological agents in an indoor environment is due to dampness and poor ventilation. Excess moisture on all indoor materials leads to the growth of microbes, such as mould, fungi and bacteria. Dampness is the beginning of chemical/biological degradation of indoor materials, which then pollutes indoor air. Dampness therefore is believed to be a strong and consistent indicator of risk of asthma and respiratory symptoms (coughing & wheezing).

Sufficient epidemiological evidence is available from studies around the world under different climatic conditions and still show that occupants of damp or mouldy buildings are at an increased risk of respiratory symptoms, infections and exacerbation of asthma. Some evidence suggests there is an increased risk of  allergic rhinitis and asthma. Clinical studies have shown exposure to mould and other damp related microbial agents increase the risk of rare conditions such as hypersensitivity pneumonitis, allergic alveolitis, chronic rhinosinusitis and allergic fungal sinusitis.

The increasing amount of people struggling with asthma increases with the amount of exposure to damp and mouldy buildings. 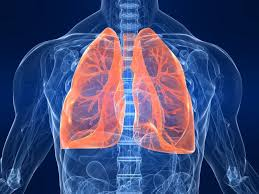 Healthy indoor air is a basic human right. People spend more time than ever inside their home, especially following Covid and working from home. The quality of air they breathe in their home is an important determinant of their health and well-being. The inadequate conditions of air quality therefore leads to considerable health burdens.

Understanding indoor air quality, its effect on one’s health and factors that cause poor air quality are essential to enabling landlords and tenants alike to maintain and improve the air quality of their property.

Microbial pollution is a key element of indoor air pollution, it is caused by hundreds of species of bacteria and fungi, to note, filamentous fungi (mould), growing indoors when there is sufficient moisture and there are dead materials it can absorb the nutrients of.

When surfaces are allowed to become colder than the air around them, condensation will appear. Thermal bridges e.g. window frames, poor insulation and unintentional airways, cold water plumbing and cool parts of air conditioning units can result in surface temperatures below the point of dew point of air and in dampness

Indicators of surfaces suitable for microbial growth include:

Well planned, designed, constructed and maintained buildings are critical to the prevention and control of excess moisture and microbial growth as they prevent thermal bridges and the entry of liquid and water vapour. Management of moisture requires proper control of temperatures and ventilation to avoid excess humidity. Ventilation distributed effectively through spaces prevents stagnant zones.

In 2009 the World Health Organisation released a guide: The WHO Guideline for Indoor Air Quality:Dampness and Mould.